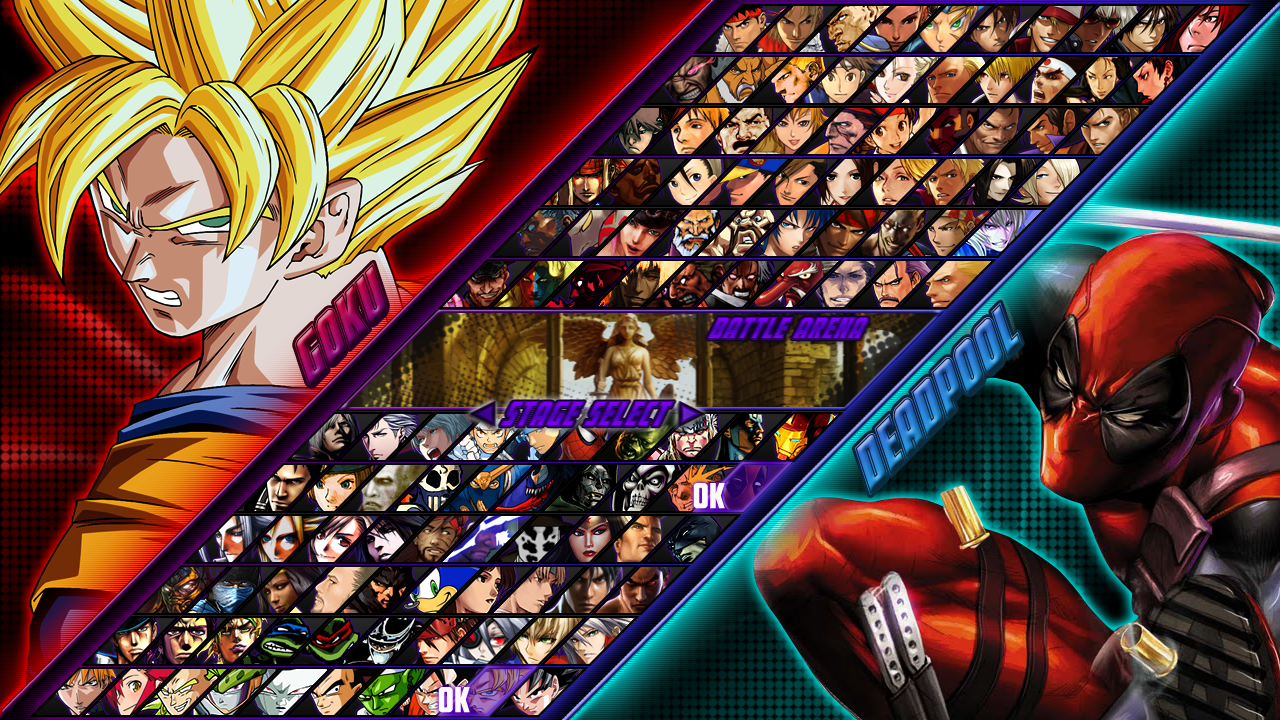 For the rest of the characters already made, not made by me, (Ryu, Ken, Cammy, Sawada, Vega, Blanka) head on over to ..

This completes the set of SFTM chars not currently made. Chunggers doesn't have that slap around move she had in the movie game, but it's still a pretty good char without it.

I've finally made somewhat a decent character.. actually it's more thanks to Fido who created the original character I edited here. Originally it was Fido's E.Honda from SF2.. I took that char and substituted the sprites from his to the ones of SF The Movie.
However, because this is a sprite swap, and I am yet to learn coding and shit like that, this works just as his Honda did. That means this Honda does not have all of his SFTM moves.. and quite a few animations have not been included. Mostly taunts and such. But that move where Honda attacked with the slaps and the rolling around stuff unfortunately is not present.
Perhaps one day I will be able to include all that shit, or maybe someone might be nice enough to make it themselves; even better would be if they made it from scratch. But for now, this SFTM looking Honda works like that of Super Street Fighter II.

This is Sagat from Street Fighter the movie. It is a sprite swap of SagatZ made by 'zamtong'.
Only glitch here is the low fireball isn't low enough, but apart from that, it's a lot better then the other crappy MKSagat that was released a few years back.

Balrog from Street Fighter the movie. Again, it's a sprite swap, swapped from Balrog by N64 Mario to SFTM sprites by me. Again, some specials are not included from the movie game, but you probably will not notice unless you played the shit out of it with Balrog.

Here's another one. Only problem with this one is the pile driver seems to not have the opponent in the right place. I've tried fixing it and moving the sprite around, but I can't seem to locate which one it is?
Also, it doesn't have the multiple punch move etc.. it's a sprite swap from Fido's SF2_Zangief.

This just about wraps up my SFTM characters. Chun-Li is coming sooner then you think! She's already made, just trying to get some moves to work better. For now, here is Blade from SFTM. Now this is the furthest from the original as it gets. I have customised some moves, but they are all pretty much Bison's moves. It's a sprite swap over 'Smoke's M.Bison/Vega (sftm) character, the same one I have for D/l on this blog. I disabled one move tho, the flying upside down punch, cause I couldn't be fucked making custom sprites for it. But there is ALOT of moves like flame throwers, knife throws, rockets and such that are not in this release. Sorry, I just sprite swap, I can't code shit at the moment. However, I can see many people doing there own versions of this character in future.

I never really fucked around with the Vega previously made before, but it was brought to my attention that it was pretty crap, I notice now it's a Pit Fighter character, and it sucks.. so here is my latest Sprite swap.. Vega is a sprite swap of N64Mario's Vega character. This one is just with the mask tho, N64 mario made it so you could use Vega with or without the mask, but I don't have 100 years to figure out where the mask's masks go, so this one just has a mask and that's it.
Like always, a couple of SFTM moves not included; no mask throw or .. I think that's about it? Oh, Some shitty sprites where created for the cage climb.

This character is from Street Fighter the Movie. Raul Julia played the role of M.Bison and then a Mortal Kombat style graphic version of Super Street Fighter II was created for the arcade and Sega Saturn.
This is not my character. It was made by 'Smoke' many years ago. The reason I am sharing it here is I have updated it to be compatible with Mugen 1.0. When selecting this character, Mugen 1.0 would crash and say this character was for an older version of Mugen. I simply followed an online guide on how to update it for 1.0, and here it is now compatible. I uploaded it because I know how stupid and lazy some people can be to learn to do things for themselves, and whatever other reasons.
Enjoy.
Most Popular Pages