People say that this is one of the scariest horror Unity games which was published this year. And after about 15 minutes of playing, it has become clear to me why. Dungeons, dark and narrow hallways, squeaking doors, fog, nightmares, skeletons, loud heart beat and loads of jumpscares. This game has it all and it simply can't fail.

WARNING: File size is 100MB, which means the game is HUGE. This could take some time to download ..

The only problem about the game that I could detect was huge file - around 100 MB. This will certainly make a huge obstacle for those with weaker internet connections. That was my only concern when I was deciding weather or not to include this game in darkhorrorgames collection. I am sure that future comments will answer that dilemma for me. Besides this one, there is also a version for Android () but I suspect that installation file is also huge.

What is it about

The player is every night (of 7 nights in total) trying to find the way out of this nightmare. Maps are generic and objects are distributed randomly. That means that you will never play this game the same way twice. The goal is to find an exit which is shown as ladder leading out of the basement somewhere up towards bright light. But you can't go through if you haven't found the appropriate artefact. Besides artefacts, you collect other items too, like bars of gold, candles etc. Messages appear periodically throughout the game, and they are there either to instruct you, or to scare you, which is more often the case. 'It hides in the shadows', 'Run and never look back', 'I wouldn't look in the mirror', 'You cannot leave without the artefact' are just some of them.

Not too brilliant ending

If you somehow manage to survive those 7 nights, and manage to get to the last exit all flushed, bloodstained and with a crazy person right behind you - don't expect any fireworks. The only greeting you will find is 'thank you for playing' and that's about it. But if that old saying 'it's not about the destination, it's about the journey' is true, then this weak ending isn't going to take much out of the overall impression.

WASD + mouse is to move around, to open doors hold left click down, 'M' key is to see the map.

If you find it entertaining to watch grown men scream like little girls while playing this game, YouTube can offer loads of such videos. We have Markiplier, PewDiePie , Daz Games, and bunch of other people you have never heard of. If you make similar video feel free to contact me and I will publish it on this page. Some of the titles you can check out are 'Jumpscare Ravefest', 'Warning: Extremly scary','Terrifying','Scared to death', 'four nights of fear','Screams and Screams', 'Best screams','Jumpscares and girly screams'.

ChochiPRO : i am going to play it on android :/

BadEverDayXD : my old computer It does not load ./

MC Jefukira : I can't deal with this, it freaks me out to the max! @[email protected] Cow!

SpoopzMasterPinky : A nightmare, also called a bad dream,[1] is an unpleasant dream that can cause a strong emotional response from the mind, typically fear but also despair, anxiety and great sadness. The dream may contain situations of discomfort, psychological or physical terror or panic. Sufferers often awaken in a state of distress and may be unable to return to sleep for a small period.[2]Nightmares can have physical causes such as sleeping in an uncomfortable or awkward position, having a fever, or psychological causes such as stress, anxiety, and as a side effect of various drugs. Eating before going to sleep, which triggers an increase in the body's metabolism and brain activity, is a potential stimulus for nightmares.[3]Recurrent nightmares may require medical help, as they can interfere with sleeping patterns and cause insomnia.

Chara Dreemurr [undertale] : I can get it on iphone? cool!

Mandeh : Okay I know it is a big file so I was being patient and waiting, but when I gotta wait 40 minutes.. little to long for me. I was really looking forward to playing this game too. I'm sure It's amazing.

kaushik00001 : really scary i jst made it but they killed me in the final night though it was very hard and too scary tht i can sleep nicely aftr watching pewdiepie!!!

XxDFlyxX : SCARED ME TO DEATH

Scientist : Hoooly sh!t my favorite game on this site got a sequel dungeon nightmares 2 is out!

romantic_gothx : omfg I cnt sleep anymore thanks a lot (!)

dark : @Joseph.. it's loading for me, but very slowly because it's 100 MB in size. Maybe you should check if you can play Unity games in general first

Joseph Kay : The game isnt loading.. maybe i will play another day.

Scientist : Oh i can't believe that i didn't comment on my favorite game here.The game is probably hard and very scary but it didn't work at me much because i already experienced a lot of such horror games.But it was still a good idea and inspiration.5 starsBonus Tip:If you don't want to lose your progress per night at dying,just quickly restart the game before you officially die.

!Cuzwhy : Kinda reminds me of Amnesia! Anyway, Five stars and going in my Favorites!

!Cuzwhy : Great game, Scared my pants off! Beat night 1 then went in the corner of my room and cried.. XD

serialzero : GAAAAAH! NOOOOO!She trapped me in a room on night 5! CURSES! XD 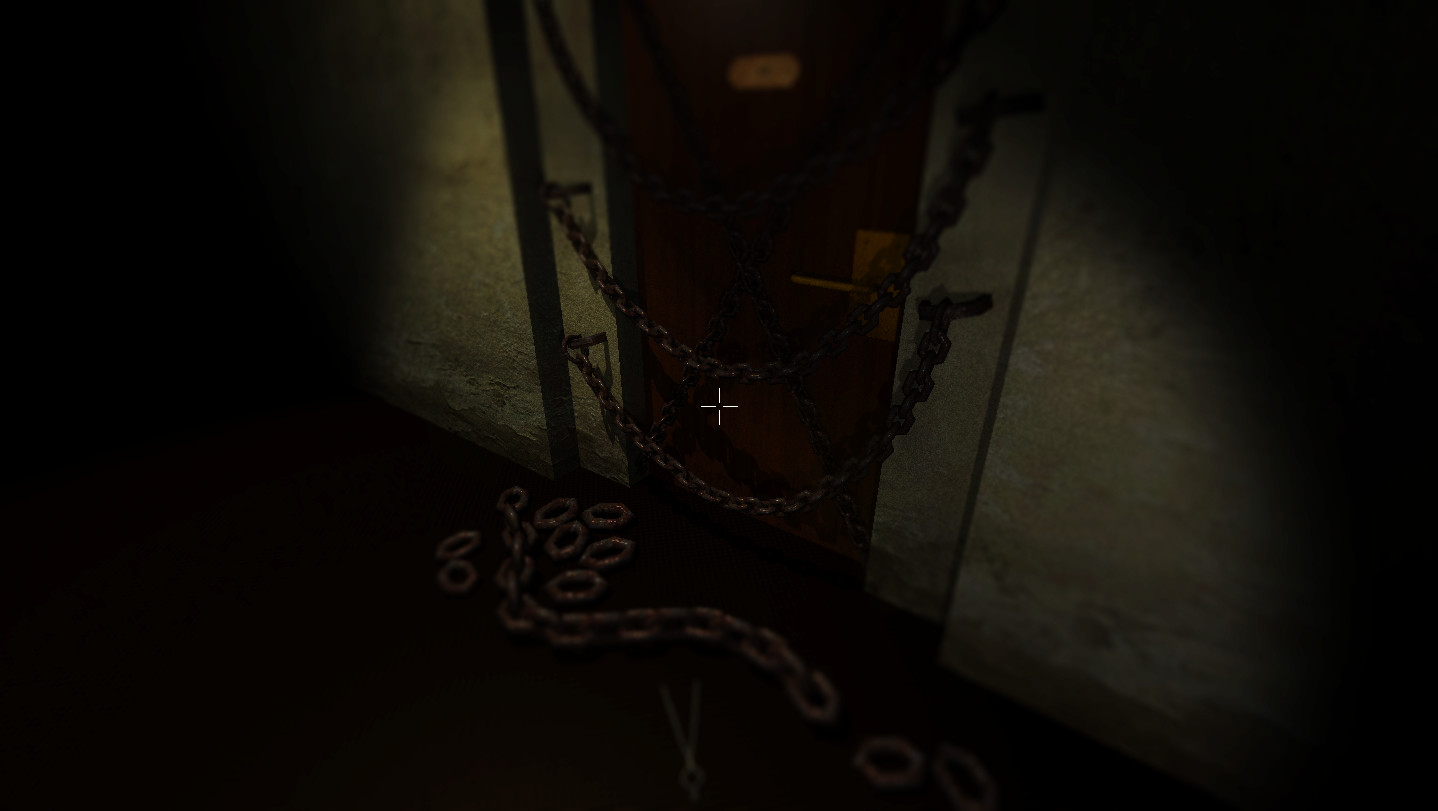 serialzero : Holy crap, I actually survived night 4. I got super lucky. The artifact was in the same room as the exit. I'm not optimistic about night 5 though. I'm going to diiieee. XD

scary_kid : yeah, I'm still having nightmares after playing Dungeon Nightmares :D shhh, what was that?? :)

serialzero : Made it to night 3 so far. Definitely looking forward to playing more. They did everything right as far as atmosphere, sound, and jump scares go.

rainbowsgoboom : heh This is certainly a jump scare

Vincent Bishop FNAF : It's not working for my weaker internet connection.

Entire_Skys : This game is amazing! (: Congrats to the created. This game will definitely be successful.

Creepyalex : I'm still struggling to beat it, but it sure is one amazing game! The atmosphere is neat and the sounds are doing a great job at rising your heart beats. Not to mention those damn jump scares, which are kinda cool. :D

Dungeon Nightmares II The Memory is developed and published by K Monkey. It is released on 14th September 2015. It is the sequel to Dungeons Nightmares. Just Cause 2 is another action and adventure game that you can download.

Dungeon Nightmares II the Memory is a very enjoying First person horror game. This game will literally make you go through the worst of the worst Nightmares. This game is very much inspired by the classic rougue-like games in which there are procedural generated maps and permadeath is included. With these kind of features this really gives chills to the player. When you walk through the Hallways of the Dungeon you get the feel of reality and it is very frightening. Also there is a lot of terror involved in this game. One unique feature of this game is that every time you play this game the maps or the dungeons are randomized. Due to this you really get enjoyed. The game itself is very much simple in which you have to pass every dungeon safely and surviving all the horrors. The horrors are as frightening as you will surely try several times to exit the game. You may also like to download Mafia II Complete.

Following are the main features of Dungeon Nightmares II The Memory that you will be able to experience after the first install on your Operating System.

Click on the below button to start Dungeon Nightmares II The Memory Free Download. It is full and complete game. Just download and start playing it. We have provided direct link full setup of the game.